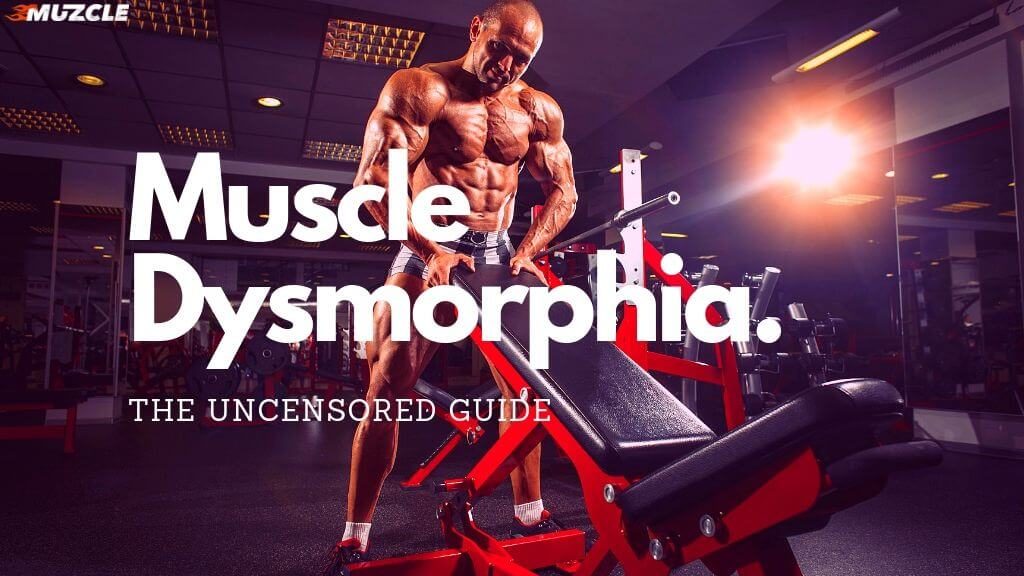 Mental illness can be tricky to diagnose. Often, people may struggle with the question of whether or not specific symptoms or behaviors constitute a mental health issue or simply embody an aspect of ordinary living.

Does your excessive worrying constitute anxiety? Is your grief actually clinical depression?

It is easy to fall victim to these sorts of worries, especially when confronting new experiences and wanting to ensure that the emotions resulting from those experiences are healthy.

This is especially the case when it comes to lesser-known disorders.

I have struggled with body image issues for most of my adult life, but it took me years, and a lot of research, to determine that these were more than the standard insecurities of a vast majority of the population.

Many of us have aspects of ourselves we dislike and would change if the opportunity presented itself.

However, there is a difference between regular dislike and obsession, between a healthy desire for change and an unhealthy desperation for it.

In this case, if you feel that your preoccupation with building muscle is becoming unhealthy or taking over other aspects of your daily life, you may want to take a breath and consider a psychological explanation.

What Is Muscle Dysmorphia?

Muscle dysmorphia is a subset of a disorder known as body dysmorphic disorder (BDD). The definitive characteristics of BDD include:

BDD is an underdiagnosed disorder, and many individuals are unaware that it is an official and treatable psychological condition.

As a result, many people will pursue other methods of treating their pain rather than psychiatric treatment, as they believe the problem to be physical.

Those who suffer from muscle dysmorphia often end up in the same boat, trying to rectify the problem through physical means such as excessive exercise or use of anabolic-androgenic steroids.

Muscle dysmorphia consists of an unhealthy preoccupation with the size of one’s body: in this case, individuals are preoccupied with the idea that their bodies are not muscular enough, and they try to compensate for this by engaging in time-consuming activities to increase their muscularity.

As is the case with standard BDD, individuals who are suffering from muscle dysmorphia experience significant psychological distress and impairments in functioning and often engage in unhealthy behaviors to achieve what they perceive as their “perfect” body. (2)

What Are the Symptoms of Muscle Dysmorphia?

The primary symptoms of muscle dysmorphia are as follows:

As is the case with those diagnosed with body dysmorphic disorder, sufferers of muscle dysmorphia often feel that when they go out, everyone is looking at them and judging them on the perceived flaw (in this case, their lack of muscles).

As a result, they may feel reluctant to be seen in public. (3) Their social and every day lives may be severely impacted because of their self-consciousness and shame concerning their appearance.

They may experience impairment in their ability to function in ordinary life: aspects of daily living such as dating, intimacy, job performance, school performance, and social encounters may all suffer as a result of this disorder.

In extreme cases, individuals may stop working, become completely secluded, or may even attempt suicide.

According to existing studies, men between the ages of 15 and 32 are the primary sufferers of muscle dysmorphia.

However, women and older men may experience it too.

The disorder is more common among bodybuilders and athletes: some estimates suggest that as many as 10% of UK bodybuilders suffer from some form of the disorder.

This does not mean that the disorder is caused by bodybuilding, but rather that a small percentage of bodybuilders may be driven to an obsessive engagement with the activity because of extreme insecurity that may be more effectively treated through therapy or medication. (4)

If you feel that you are becoming obsessive about building muscle, that activities and behaviors related to building muscle are taking over your life, or that you are experiencing psychological distress due to your perceived lack of musculature, it may be worth it to bring it up to your doctor.

In Katharine Phillips’s book, The Broken Mirror, she discusses a variety of potential causes for body dysmorphic disorder.

BDD and, by extension, muscle dysmorphia, may be caused by biological or genetic factors, by social circumstances or upbringing, by a traumatizing incident or by a combination of factors.

The short answer is, we don’t know for sure. It is essential to maintain awareness over one’s thoughts and behavioral patterns to detect possible indicators of an unhealthy obsession with one’s appearance.

Why It Can Be Dangerous

BDD, and by extension, muscle dysmorphia, is accompanied by a degree of delusional thinking.

Individuals with muscle dysmorphia often sincerely believe they look small or weak when, to others, they seem either normal and healthy or even unusually muscular (a comparison can be made to anorexia nervosa, in which the individual in question sincerely believes he or she is fat when in fact they are a healthy weight or underweight). (5)

This sort of belief can lead to unhealthy behaviors and a significant decrease in the physical health of the individual.

If someone is genuinely convinced that their body is deficient in terms of its musculature, they will often engage in behaviors such as restrictive dieting, excessive exercising, and even the use of anabolic-androgenic steroids, all of which can be extremely detrimental to one’s health and can have lasting adverse effects. (6)

In addition to their increased risk of steroid use, men with muscle dysmorphia are also at higher risk of substance abuse in general.

This is a startling revelation mainly because, as Katharine Phillips states in The Broken Mirror, the rates of suicide attempts in sufferers of BDD are already higher than most other psychological disorders.

In the same study, the men with muscle dysmorphia were found to be more likely to engage in dangerous compulsive behaviors, and their quality of life was found to be poorer than the men with only BDD. (8)

This is also worrying because patients with severe BDD are often said to have a lower quality of life than those affected by many other mood disorders.

We don’t have enough research to determine why men with muscle dysmorphia appear to suffer more, but this study alone is a reminder of why anyone who suspects that they or a loved one is suffering from this underdiagnosed disorder needs to speak up and seek help.

Severe BDD is a life-threatening illness, and men with muscle dysmorphia appear to be at even higher risk.

Muscle dysmorphia is also dangerous because it can lead an individual to neglect other aspects of their life to focus entirely on the perceived “flaw.”

Not only are the behaviors themselves often unhealthy (dieting, excessive weightlifting/exercise, drug use), but the preoccupation with these behaviors often leads to increased suffering because vital areas of life are ignored and as a result, often deteriorate.

Relationships and marriages often end because the spouse cannot understand or deal with excessive preoccupation.

Friendships that are neglected may dissolve. If an individual is too consumed with these obsessive behaviors, his or her work performance may suffer.

In extreme cases, individuals may leave work altogether and become isolated because all of their time is focused on what they see as their “central” task: to rectify the perceived flaw in themselves.

In turn, this isolation may lead to increased suffering. It seems to be a self-fulfilling prophecy: the illness leads to behaviors that, in turn, will make the disease worse.

It is essential in these cases to be proactive with your mental health care and to seek help if you suspect that you are demonstrating symptoms of muscle dysmorphia.

In her book The Broken Mirror, Katharine Phillips describes these methods at length, though she specifies that a TYPE of antidepressant known as an SRI or an SSRI may be the most effective medication for treating BDD.

It is important to remember that this advice is addressed to sufferers of standard BDD and may not apply to muscle dysmorphia.

She also describes cognitive behavioral therapy, which is a type of therapy aimed at treating your obsessive thoughts and behaviors and allowing you to develop healthier and more realistic ideas about yourself and your appearance.

Phillips has also co-written, along with several other experts in the field, a book specifically on the subject of men suffering from body dysmorphic disorder, entitled The Adonis Complex: The Secret Crisis of Male Body Obsession.

This may be an essential resource for you if you are struggling with muscle dysmorphia.

It is essential in all cases to bring these concerns to your doctor to find appropriate ways of addressing them.

In the case of muscle dysmorphia, in particular, because it is prominent among bodybuilders and athletes, athletic trainers must be versed in the symptoms of this illness to recognize those symptoms and recommend care.

Athletic and bodybuilding behaviors are not unhealthy on their own; however, trainers must be able to recognize both the point at which these behaviors become excessive and the signs that a client is driven by obsessive and potentially delusional thoughts, as this may become unhealthy for an individual both psychologically and physically. (10)

In conclusion, it can be incredibly difficult to seek help for body dysmorphic disorder or muscle dysmorphia.

Often people feel that if they confess their insecurities, others will find them vain or silly or simply reassure them, which does not work to stem the obsessive thoughts and behaviors.

Others are afraid that bringing their perceived flaws to the attention of others will result in greater attention being paid to these “flaws.” It is essential to be brave and to speak up on your own account.

Rest assured that this is a known, though under-recognized, disorder.

Do not be afraid to seek help and to stand your ground: if you are exhibiting any of the symptoms discussed in this article, there is a good chance you have BDD or muscle dysmorphia, and these can be severe illnesses that must be treated as such.