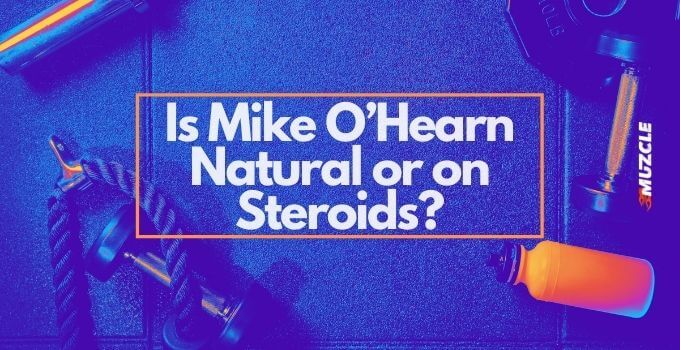 The burden that physical training and bodybuilding impact on your physical and mental health could sometimes be draining, especially once you start realizing that apart from the “newbie gains” that you have immediately burned through during your first few months of training, the rest of the way is more complex than the last.

With the additional work necessary to build more muscle as you come closer and closer to your target stats, many would think that there should be an easier way to do this without sacrificing so much of your time and effort to achieve it. This, sadly, is the case for many – leading to the widespread use of performance-enhancing medications such as steroids in the fitness community.

While this is not necessarily true for everyone, especially considering that many are still serious putting in the work to achieve their ideal body type, whether it is for a competition or personal reasons, this, unfortunately, puts the entire community in a bad position – with people immediately assuming that once a person is ripped and built to the fullest, they are automatically using steroids.

And that, my friend, could not be farther off from the actual truth.

When talking about steroids, the first thing that would enter anyone’s mind is a person of any sex that is just ripped, built with huge muscles, and just highly fit no matter how you look at them. Sure, this is true in most cases as steroids do indeed promote muscle growth, but it does not necessarily mean that anyone who is more fit than you, especially those who were able to achieve greater heights than you, are on steroids.

Now, my friend, that is just called being bitter.

Steroids do, in fact, help muscle growth, but that is all that it does – it supplements your muscle-building capabilities while likewise making your muscles look firmer and fuller due to the additional fibers that it imparts to your structure.

It is by no means a magic bean that just grants a ripped physique in no time – and it certainly does not mean that anyone who was able to achieve their dream body type is using one.

Mike O’Hearn is perhaps one of the many fitness enthusiasts in the community that juggles three different careers – fitness model, bodybuilder, and actor. He is from the USA, and he was previously able to win Mr. Universe 4 times in total while likewise becoming the fitness model of the year seven times. Now that’s a feat if you would ask me.

The opinion about his image is somehow mixed within the public. Some call him the “titan of the fitness world,” while others compare his appearance to a real-life ken doll that just happened to be built due to his enthusiasm with the gym. Despite this, he is still considered one of the most followed bodybuilders globally, with over 900,000 followers on Facebook.

He is currently sitting at 247 lbs. of weight at a body fat percentage of 4% – showing that he is indeed built beyond belief, not just in the way that he looks but in his actual statistics as well.

He is currently selling several products online, including $699 duck eggs and $1500 ab wheels that were all heavily criticized by the public due to how expensive the items are.

The Controversy Surrounding Him

While his entire career and natty status are being judged and questioned by the public due to just how huge he looks, he can still support this claim with various negative drug test results that he constantly takes just to prove that he is, in fact, all-natural.

This is even more amazing considering that O’Hearn himself sees his body as a product of his hard work throughout the years – believing that all that he has is simply because he worked hard for it, not because he took a silly shortcut to get ahead of everyone else.

Supposed Secret of His Year-Round Physique

According to Mike himself, while he was addressing various claims that he is not natty due to how he can maintain his physique all year round, the only secret to his current build is that he retains his calorie consumption below his body’s metabolic rate.

Now, I know that you would likewise question this as he quoted this line as if calorie maintenance quickly results in such a physique. Still, maybe we could assume that he was just being modest about his routine and genetics that allow him to get away even with just this bare minimum. The best part with this is that calorie maintenance is indeed scientifically sound – if you can burn more than what you consume, you will not gain any weight at all!

To give us a more solid ground to justify his claim to a natty status, we should likewise examine the rest of the evidence that shows that he is either just that gifted, is so determined, or both.

When we say incredible genetic makeup, and we mean INCREDIBLE genetics, we are referring to the images that had appeared of Mike O’Hearn when he was still 14 years old. If you haven’t seen them yet, you probably should, and you would understand why we included this as a point.

To describe it one phrase, that dude was ripped even he was only 14 – and that alone is a feat by itself. It is no wonder that he makes calorie counting sound so effective when others struggle despite doing the same thing.

As previously mentioned, O’Hearn is famous for his tendency to take random drug tests frequently to prove that he is not using steroids. With such a long trail of negative tests to support his claim with utmost clarity, it is certainly a no-brainer to claim otherwise for the sake of some sort of vendetta.

No Symptoms of Steroid Use

Another thing that is very apparent with O’Hearn is that he is not suffering from the common adverse effects of steroid use. Due to the tendency of steroids to cause an increase in the body’s core temperature and cause fluid retention, some may experience a change in skin tone, hair loss, acne, bloating, and flushed skin – all of which are not evident in O’Hearn at all.

The shoulder area is infamous for being the “steroid muscle” as it contains more androgen receptors than usual. As such, since the area is overstimulated during steroid use, the traps become oversized in people who use such drugs – one observation that could not be made in the case of O’Hearn.

Steroid use likewise results in the loss of collagen – the product that gives the skin some level of elasticity. Loss of this causes the skin to lose its thickness, resulting in very prominent veins throughout the body. I don’t know about you, but Mike O’Hearn does not seem to conform to this assumption.

Understanding the Facts: Steroid or Natty?

With the hard work that he has put into building his current physique, we could see why he felt the need to prove consistently that he is natty as discrediting his effort; otherwise simply appears like a desperate attempt to take him down from his current throne – one that he is not leaving anytime soon.