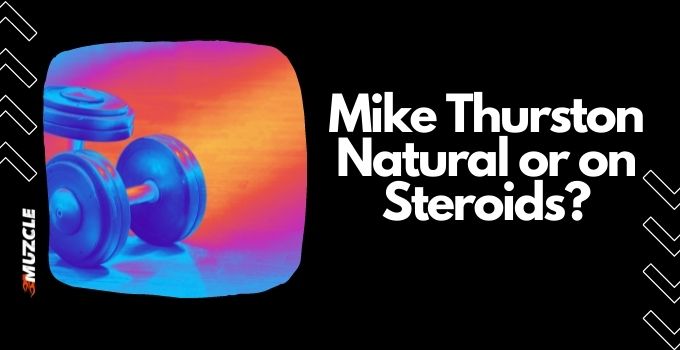 You might be wondering about many things that you have seen or read on the internet regarding the world of bodybuilding and fitness. That is just normal, especially considering that this field is filled with various controversies that consistently make or break a particular icon now and then.

In fact, I would even be surprised if you are not yet curious about what is actually happening in this world, given that almost anyone who enters this field encounters an issue one way or another.

The most common issue that people like to throw on bodybuilders, particularly those who are relatively stacked, ripped, and well-built, is the use of performance-enhancing drugs or steroids. I would have to assume that you already heard many things about steroids, and that is for a good reason.

Steroids are not necessarily illegal in all cases, but they are unlawful when used during competitions that aim to highlight one’s natural strength. It is also widely frowned upon in the community as it essentially enables a person to supposedly “skip” the hard part of weight training and bodybuilding when the reality is a little bit off from that point.

Now, one person who has been targeted by this controversy is Mike Thurston – an English bodybuilder and personal trainer that is just massive and so built that some people are having difficulty believing that his physique is all-natural.

That is understandable for sure, as he just looks that good, but maybe giving him the benefit of the doubt through this outline will help us understand why steroid use is severely misunderstood within the community.

The Role of Steroids

The common belief within the public is that the use of steroids magically grants the user with large muscles, unbelievable strength, and relative ease to build gains and just develop themselves to the point that is beyond their standard capabilities.

What most people do not know is that this is somehow wildly untrue, as steroids are only used to aid the body in its muscle-building process – not grant it instantaneously in any way. Steroids cause muscle hypertrophy or muscle fiber bulking, resulting in that evident size increase while helping the body produce more muscle fibers.

Now, you may ask, “why is this important in this context?” Well, that is because Mike Thurston outrightly defies these preconceptions with the physique that he could obtain on his own. Let us elaborate.

Getting to Know Mike Thurston

Mike Thurston, a young English bodybuilder and personal trainer coming from Leeds, UK, is a man who was so heavily dedicated to fitness that he was able to establish his own fitness and health center in 2016 while he was still 26. He currently stands at the height of 6 ft., weighing at around 215 lbs. while he was only 28, and having a physique that is so incredibly defined yet muted in such a way that his build does not look “synthetic” when examined at a general perspective.

He started gaining followers back in 2013 when he began to upload photos of his fitness journey and physique – leading to him gaining sponsorship from EHP Labs to promote fitness supplements.

Mike Thurston was known for his participation in the WBFF in the past. However, WBFF is supposedly an organization that does not necessarily implement an all-natural policy as it is not stated within their guidelines or page that mandatory testing is required.

While this does not necessarily confirm nor dispute the claim that Mike Thurston is using steroids, it does prove to be reason enough to look for other evidence regarding his supposed steroid use instead of simply concluding on a whim regarding his natty status. Let’s call it the benefit of the doubt.

To know more, or rather, to have more solid speculation regarding Mike Thurston’s supposed steroid use, the most important thing to do is to peruse the several factors that are often glaring among professionals that use steroids to supplement their muscle building process. While this is not a confirmatory test for anyone under suspicion, it provides a great deal of insight into whether they are using or have used steroids in the past.

Looking at the size of Thurston, one could immediately conclude that he is indeed ripped and built to the utmost limits, but no one would ever figure that he is pretty huge. The thing about steroids is that while it does help your body gain muscle, it also removes the limits usually present in normal humans.

This means that someone using performance-enhancing drugs would appear huge beyond belief – reaching around 300 lbs. at most. Mike Thurston? Despite being 6 ft. tall – the average weight for bodybuilders – he lies at 215 lbs. of weight, a rather underwhelming one for others, perhaps. Still, he is reasonably natural for anyone with an impartial eye.

Due to steroids being able to cause fluid retention in the body, another common symptom that one may look out for is the presence of either a bloated abdomen or large breasts, AKA gynecomastia. Mike Thurston seems to have large pectoral muscles, but he does not have the characteristic flabby chest tissue typical among steroid users.

Looking at his face alone, one could automatically see that his skin was clear as day. Steroid use causes an elevation in a person’s hormone levels, estrogen included. This increase in estrogen levels is the common cause of acne breakouts among steroids users – making it even more apparent that while bodybuilders do develop acne naturally sometimes, Mike Thurston just does not conform to this classification.

Ten points to Natty, I must say.

Based on several reports, Mike Thurston reportedly started lifting weights when he was 18 during his initial college days. He admitted that he was a heavy drinker during this first year, drinking around 3 to 4 times a week while still, of course, following a strict weight lifting plan that seemed to help his body respond positively instead of falling down the rabbit hole due to his drinking habits.

While this might be surprising, considering that having a good physique while drinking heavily is extremely difficult, his refined genetics seems to have aided this process. This was highlighted further when he focused on his bodybuilding goal and employed a healthy lifestyle – showing that he could get massive gains, developed his physique even more, and obtained the signature build that he is currently rocking and consistently maintaining this day.

With such a gradual development in his body, one could automatically eliminate the suspicion of steroids, especially since his boom is almost non-existent. There was no boom, to begin with; just a gradual improvement that later on resulted in the work of art that we are now witnessing, albeit some are discrediting nowadays.

The Bottomline: Steroids or Natural?

Speculation or not, Mike Thurston is just glaringly natural that questioning his dedication discredits the hard work that he has put into his current build.

With the evidence available showing that he does not show any significant signs of steroid use, this might perhaps start to mute the clamor that has constantly questioned the path he took.