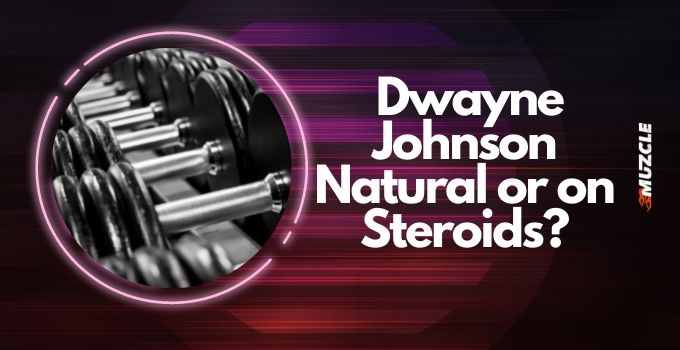 Hollywood is sometimes used as the threshold for all of our current beauty standards – for both men and women alike. Sure, it can be argued that Hollywood does not necessarily represent the true meaning of beauty, mainly that which is realistic enough to be reflected within the general public.

However, considering Hollywood's impact when it comes to starting trends and creating thresholds and baselines for nearly anything superficial, it is no wonder that the attention immediately diverts to this mainstream figure.

Being a Hollywood star and figure will just make anyone ecstatic due to the attention, fame, and of course, wealth that comes along with it. However, with the massive attention that is being provided to you by the public, there will always be an inherent pressure among each and every star to perform at their best no matter what, even when it comes at the cost of eliminating the “natural” aspect of their current image.

The Cons of Hollywood Fame

Due to the demand of the public (inherent or explicit alike) to see stars that are just “perfect” in their perspectives, this would often push them to use alternative measures that could either help them maintain their image or enhance their body to reach that particular perfection that they are aiming for.

A great example of this issue is when Hollywood stars strive to obtain that perfect body build – perfect muscles, tone, excellent figure, and just an overall mesmerizing image almost a step closer to perfection. While this can be achievable for some with the help of a tremendous genetic background and utmost dedication towards their growth, some would use steroids – a performance-enhancing drug that can aid the body in its muscle growth processes.

I know what you're thinking, and I am sure your mind immediately went to this particular personality when I mentioned steroids. Yes, you are right; someone who could be dissected in this context is Dwayne “The Rock” Johnson. I mean, I can't really blame you for this – that guy is HUGE. Too huge, perhaps, that it begs the question: Is he really just that gifted, or is he using some performance-enhancing products?

The Rock: A Brief Background

Dwayne “The Rock” Johnson is obviously an icon in the Hollywood scene. He was born on May 2, 1972, in Hayward, California, and he is the son of Rocky Johnson, a professional wrestler. At this point, one could already see the inspiration for why he started his bodybuilding and fitness career.

While growing up, Dwayne was known to travel around a lot, and in his high school years, he was playing excellently in football that he was offered a scholarship for the University of Miami, where he had tremendous success playing in this field. Unfortunately, due to an accident in 1995, he suffered a significant back injury that prevented him from gaining a place in the NFL – leading to him signing a 3-year deal with the Canadian League that he then left to pursue a career in wrestling.

His wrestling debut in the USWA granted him the name Flex Kavanah, and in 1996, he joined the WWE and was later known as the Rocky Maivia. Upon taking over the leadership role in the group known as “The Nation of Domination,” he slowly embraced the persona of the “The Rock” – the name for which he is currently known.

The Evident Transformation of His Body

Now, going back to the main issue at hand, is Dwayne really using steroids to beef up his body and reach the image that he currently is “rocking” nowadays? One primary thing that we can look at in this aspect is the progress of his transformation and his current status in terms of his physical stature. Dwayne is undeniably huge and gifted with great genetics, thanks to his family line.

However, when we start to compare his pictures from when he was 20 to his image now, one could definitely conclude that he is just ripped – one with lower body fat percentage even, but with higher muscle mass. Upon closer examination, his physique just looks synthetic, almost too large in some cases, even. This overblown look is often caused by anabolic steroids, which could be further justified by other manifestations that can be observed.

In an interview that he performed with Fortune, Dwayne actually admitted to using steroids in the past when he was still 18 with his friends. That right there immediately raised a couple of eyebrows, and we know that it raised yours too. And you know what would make this even more surprising?

He claims that he did not understand what he was doing and that he had never touched one since. Not that suspicious behaviors like this should be enforced among teens, but come on – that's teen-years 101!

Assessing the Facts Related to Steroid Use

Upon having a closer look, we could see that Dwayne has a much darker skin tone today than how he was when he was 20/younger. Sure, dark skin might be a reflection of his Samoan background. Still, a darker skin tone may likewise be associated with a higher body temperature – a common effect of steroids due to their ability to spike one's blood pressure. Coincidence? I think not.

The traps are just a pain to work with – and any bodybuilder can testify to this fact. Dwayne's traps are, in fact, his most developed asset, but it is apparent that he is just overdeveloped to the extent that it looks incredibly huge.

Steroids work with androgen receptors, and the trapezius region just happens to have the greatest number of receptors in it – making it more evident among people who use performance enhancement. Now, is it caused by steroids, or is it just due to a staggering coincidence that it just so happened that he developed this area better?

Performance at His Current Age

We all know for a fact that old age comes with a drop in one's testosterone levels – resulting in an overall decrease in efficiency when it comes to the processes handled by this hormone itself. This may include libido, strength, and general muscle growth. At the age of 49, though, it doesn't seem to faze him at all. Again, many would argue that he is just that gifted or just perseveres in maintaining that body despite the difficulties of old age. But come on, really? At this point, the evidence is just in the face, evident for us to look away.

To keep this short and simple, just look at him. I mean, would you honestly say to yourself that you could achieve that on natural talent alone? If not, why would you expect anyone to reach that state with no help at all? Sure, it is never a bad thing to use steroids, but let us just call a spade a spade.

Verdict of the Facts: Steroid or Natural?

While some may contest this, it is just apparent that Dwayne Johnson is perhaps on steroids, albeit that does not necessarily mean that it is automatically a negative thing.

The Rock has inspired many people to give more attention to their bodies, and if it takes a shot or two to inspire hundreds of people to become healthier, is that really that bad of a trade-off?