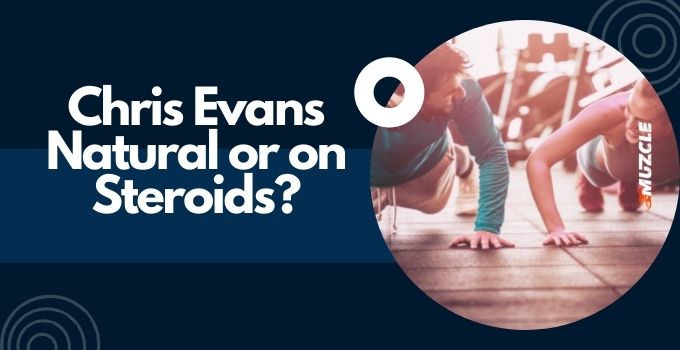 The fitness world is so complex that it is not necessarily restricted to one particular field only. Most people believe that those who are highly ripped and are rocking huge muscles along with an extremely lean body fat percentage are only those who spend half of their lifetime in gyms and the other in competitions of strength and build.

The reality, however, is far from this as some are just as interested in fitness as they are in other things such as acting, singing, and even teaching.

The world of fitness and bodybuilding has evolved so much in the past few years that it is slowly able to penetrate most fields, particularly those involved in the performance arts. With the growing desire to see muscular and well-built people on screen, Hollywood continuously focuses on recruiting ripped, athletic, and extremely fit people, both males and females.

For the most part, this is the reason why we are seeing more and more artists that are just rocking 200+ lbs. of weight with very minimal body fat percentages.

However, the problem with this point is that this is also the reason the issue of steroids has also penetrated this context, mainly because some believe that Hollywood artists are just too busy and mighty that they would instead opt for a quick way out. Rude? We think so too!

Understanding the Role of Steroids

Most people would think that when we are talking about steroids, we are always talking about that rapid gain of muscle and strength that would rival anyone else’s when the truth is slightly off its mark. Steroids simply supplement the body’s muscle-building process, and yes, while it does speed up the process a little, it still works best if the person using it adds an equal amount of work to actually build the muscles that we see.

Now that we have all terminologies cleared, let us take one prime Hollywood example that we often see get questioned about this particular issue: Chris Evans.

Christopher Robert Evans, otherwise known in Hollywood as Chris Evans, was born in Boston, Massachusetts, and was a product of a relatively mundane life that led to him entering the highest stage of performance with just pure hard work and dedication.

He previously attended plays and various theatrical shows to expand his skillset. Then he landed an internship job at a casting office – leading to him obtaining connections with multiple agents that then took him on as a client later on. Following that opportunity, he transitioned his focus from the stage to the screen and began to make movies, one after another, that then led to him landing his most significant role thus far as Captain America in the Marvel Cinematic Universe.

For most cases, what you want to do for your workout routine is to implement enough workout sessions and breaks to allow your body to recover properly from the intense training that you are consistently putting it through.

While he does have a relatively rough workout plan that helps him achieve his desired physique right before shooting a movie, Chris Evans implements enough rest sessions to avoid injuries along the way.

To likewise help him keep in shape or instead be in condition at the soonest possible time while following the workout plan he has set, he also uses a particular diet plan that perfectly supplements his routine.

Chris Evans mentioned that he does not skip carbs altogether. He believes that it is still a crucial part of a balanced diet, no matter how negatively it is viewed by many fitness “enthusiasts” and their supposed trendy diets. Chris Evans’s plan employs a bowl of porridge with dried fruits for breakfast, protein shakes with BCAA for a post-breakfast meal, apples, and almonds as a pre-workout snack, chicken salad with rice right after working out, protein shakes again in the evening, and any craving (healthy, of course) that he might have for his dinner course.

Now, many would absolutely question this plan as obviously giving in to your cravings every dinner is just one way to send yourself straight to gaining tons of weight in a week, but of course, it doesn’t necessarily have to be that way for you. While cravings are indeed a source of temptation to eat unhealthy foods, you could always condition yourself to crave healthier alternatives that could still supplement your workout while still being sufficient enough to sate your needs.

If Captain America can, maybe you could too!

Going back to the topic of steroid use, Chris Evans is just that well-built for him to be questioned whether he is actually all-natural or using a performance-enhancing drug behind the scenes.

While there is no outright confirmation nor dispute of this assumption, we could always look at the facts at hand and provide speculation or an inference based on the common signs that we see on people who use steroids.

One thing that anyone would right away notice with Chris Evans is that he has gorgeous hair – and that is irrefutable. Steroid use has been shown to cause massive hair loss, leading most users, particularly bodybuilders, to shave their heads instead. I don’t know about you, but Evans’ hair does not look like that in any way to me but to each its own.

Due to the ability of steroids to increase the body’s core temperature, a common symptom observed in users is that they experience a change in their skin tone.

Dark-skinned people usually go darker, while light-skinned once turn reddish and flushed. Chris Evans’ skin is just porcelain smooth and white – indicating that, like him, perhaps his core body temperature is cool too. Or who knows? An ice pack underneath, maybe?

Steroids cause a phenomenon known as fluid retention wherein the body retains most of the water you consume and allows it to accumulate within the abdomen – resulting in a bloated appearance that many calls an “HGH gut” in reference to the most common steroid that causes this (human growth hormone).

The abs that Evans is rocking is far from being bloated and closer to being chiseled, though – and no one can argue with that.

Massive pecs are one thing, but enlarged and almost “plastic” breasts are another – one that is mainly a symptom of steroid use. This is about the tendency of steroids to cause fluid retention, leading to an accumulation within this area.

When looking at Chris Evans, though, one could automatically see that while his pecs are massive, the muscle beneath is firm and rigid, indicating that the area is not retaining any fluids and is only showing natural gains.

The Final Verdict: Natty or on Steroids?

It is relatively easy to discredit the efforts of particular fitness enthusiasts, especially when they are exposing themselves to the public eye daily. However, based on the evidence that we could collate, we could safely assume that Chris Evans is indeed natty in this context.

Sure, he does look big and is built beyond belief. Still, his physique is something that you could consistently achieve with hard work dedication – one that Evans has continuously employed since he was just a theater kid that dreamt of becoming a star on the big screen.