If you’re anything like me, you’re probably worried about creatine supplements making you fat.

What a dilemma, right? You thought creatine supplements will help you get that ripped body that you’re working so hard for. So why have you been hearing things like: “creatine makes you fat”?

Let me tell you, my friend, you are not alone here. The confusion is very real.

Having gone through such concerns myself, I did my own research to find out if all the rumors were true. Surprise, surprise! They weren’t.

After confirming this from many sources, I want to put an end to all theories that suggest otherwise.

Here is why creatine will only help you stay fit and NOT affect your body the same way a cheeseburger would.

I believe in getting to the root of a problem in order to solve it.

Before I try to end this debate with my research on the topic, I want to tell you why you’ve been hearing such crazy remarks.

What people confuse with “fat” is actually an increase in Total Body Weight (TBW) that creatine supplements may cause (1).

What’s the difference, you ask? They’re not nearly the same thing!

Keeping that in mind, note that creatine only affects fat-free mass (2).

In fact, research has proven time after time that creatine has no effect on fat mass or the mean body fat percentage (3).

You must’ve heard of a widely used form of the supplement called creatine monohydrate (CM). This type of creatine increases fat-free mass as proven by countless clinical trials (4).

Fat-free mass is a self-explanatory term, but I’ll elaborate on it anyways.

According to the “Quarter FFM Rule”, fat-free mass makes up one-fourth of total weight loss. The rest of the three-fourths is just pure fat (5).

Simply put, fat-free mass is quite a significant part of the total composition of any weight loss or gains success story.

Creatine allows you to go through a more rigorous workout, right? As the harder you work out, the more muscle you will build. Pure muscle growth is an increase in your fat-free mass.

So when your weight goes up when taking creatine, fat-free mass is where it’s mostly coming from. Thus arises the confusion when you hear that creatine causes an increase in weight. It is actually mostly the lean muscle mass or rather the fat-free mass that is going up.

I admit that this is a bit of an oversimplification since your diet primarily determines how much of your gains is actually fat or muscle. However, with everything else being the same, creatine will increase the ratio of fat-free mass when putting on some weight.

See also  Does Creatine Cause Acne?

Lean tissue mass, or lean body mass, is important for both men and women. The strength you get from it decreases the risk of many chronic diseases, especially those that come with age (7).

As you age, you will experience a loss of lean body mass. Along with it decreases the strength that your body needs to cope up with physical changes (8).

This reduction in muscle mass can also cause functional impairment in common everyday activities (9).

So when creatine retains this lean body mass, look at it as a blessing and stop doubting the supplement. This is actually helping you avoid grave difficulties later on in life.

Hopefully, that clears up the confusion that sparked this debate in the first place. Now let’s look at the experiments that prove the benefits of creatine.

What Does Research Say?

I’ve gone through a lot of medical journals and they all say the same thing: there is no correlation between creatine and body fat.

Following is a summary of the three studies I found the most interesting:

A clinical trial conducted in 2003 examined seventeen active males. These were individuals within the age group of 18 to 27 years.

The trial was a double-blind research. Participants consumed supplements for four weeks. The consumption level was 30g a day for the first two weeks and 15g a day for the rest of the time period.

The study observed the effects of creatine monohydrate supplementation on four things:

Previous research suggesting an increase in total body weight caused by creatine stands supported. There was no effect on mean body fat percentage and caloric intake. In light of this, water retention may have caused the body weight gain noted (10).

Another double-blind study tested fourteen non-resistance trained men aged between 18 and 30. The purpose of this study was to gauge the effects of a typical creatine dosage regime on the body.
The subjects orally ingested a traditional dose of creatine supplementation. This occurred in a typical routine, complete with a 5-day “loading phase” followed by a 42-day “maintenance phase”.

In the former, the dosage was 20-25g/day whereas, in the latter, it was 5-7g/day. The subjects also performed resistance training 4 times a week.

As for effects on fat mass, creatine caused no significant decrease.

There was another investigation that tested the effects of creatine supplementation on muscle creatine. The study used a unique setting to restrict energy. This was to gauge changes in exercise performance and body protein.

During short-term energy restriction, creatine supplements increased muscle creatine. There was no effect on body fat or protein loss (12).

Takeaway: A Summary of All Three Studies

Now let’s link all of the findings to the topic at hand, starting with the third study.

This is a simple experiment that found no relation between creatine and body fat. The only thing that changed in this experiment was the muscle creatine.

In fact, the study clearly suggested that supplementation prevented a loss of fat-free mass with exercise. With creatine supplement, it decreased by a lesser percentage. This is in comparison to a scenario where a supplement was not used (13).

Creatine supplements increase strength and muscle morphology. More importantly, they increase fat-free mass. This is more the case with heavy resistance training (14, 15). It is important to note that creatine does not decrease fat mass. So the second study is telling us not to think of creatine as a fat-losing or fat-gaining technique. It has no effect on your body fat mass in any way (16).

So what does cause the increase in total body weight as observed in the first clinical trial? The answer is water retention (17).

If you’ve been using creatine, I am sure you belong to the group of people who stand on the weighing scale every morning.

But if you get disappointed when the needle goes in the other direction rather than going down, I’ve got news for you. You are not actually becoming fat!

Nor is your body mass being significantly affected (18). The only reported increase in body mass is well after the loading phase of supplementation (19, 20, 21). So you’d be taking a lot of creatine for your body mass to grow so much that it starts showing up on your weighing scale.

It is the volume of your total body water that creatine changes.

In fact, it is more likely that your weight gain is due to water retention than to lean tissue growth.

There is a study dedicated to the effect of creatine monohydrate on total body water and fluid distribution (22).

The findings of this investigation rely on the pretext that creatine is “an osmotically active substance”.

Therefore, any rise in the creatine level will result in increased water retention. Consequently, you will also gain body mass (23, 24).

Nearly two-thirds of total body water is intracellular. In layman terms, creatine supplements divert a lot of water content in your body to muscle cells. This is how your muscles grow with the use of creatine.

Did you know that 95% of creatine in your body is stored intramuscularly? (25)

Just think of how important creatine is for muscle growth!

With creatine use, an increase in cell volume is also likely a mechanism for increased muscle mass (26). This growth of muscle mass is the increase in weight that shows on your weighing scale.

Beyond Weight Gain: How Safe Is Creatine?

Despite such studies, people have linked creatine to many health issues like:

An increased muscle creatine concentration is associable with changes in intracellular osmotic pressure. This causes a movement of water into the cell, water retention, and thus, weight gain.

When you sweat during exercise, the subsequent water loss may cause detrimental effects. This is a result of the intracellular fluid shit.

In short, the water inside the cell won’t be available to the extracellular compartment. This will cause a hindrance in thermal regulation.

The potential effects of this phenomenon include cramping. Other heat-related illnesses may also result from this fluid shift while supplements are being taken.

However, I will gladly point out one thing here. There is only one group to date that has reported such changes in fluid distribution following supplementation (35).

What's more is that the study didn’t measure fluid volumes directly, nor did it test for muscle creatine.

I don’t know about you, but that knowledge will suffice for me to confirm that creatine is not bad for my health.

Please do not miss out on the wonderful benefits of creatine based on lies spread by some “broscience” touting “expert”.

The next time someone claims that creatine can make you fat, do not forget to share this article with them and everyone else involved. It can be on a forum, Reddit, or anywhere else really.

Even if they are too stuck up to change their mind, you might save someone else from falling for their bullshit. 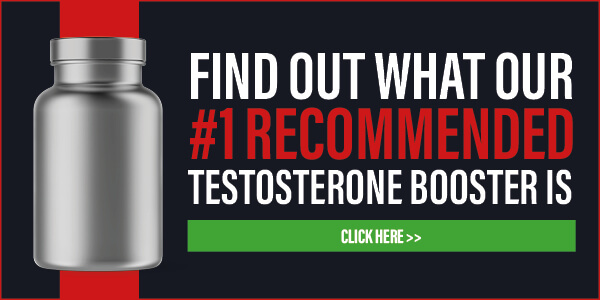 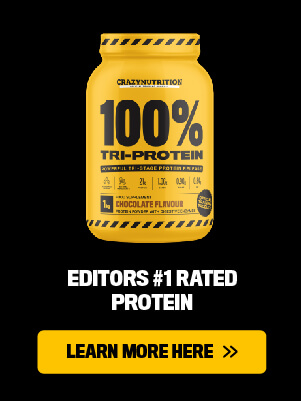