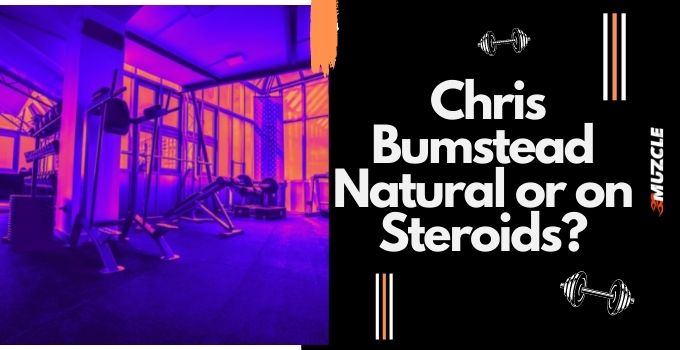 The field of bodybuilding is highly respected because improving your physique through endurance training and various workout routines takes discipline, perseverance, and a ton of hard work.

This does not say that other professions and fields do not entail the same – it is just that bodybuilding is a league of its own, particularly when you enter the competitive aspect of the area.

Competitive bodybuilding involves several competitors who strive to improve their strength and body to its utmost limit and defeat other contenders in a contest of strength and endurance.

This would usually mean that they would have to partake in year-long workout plans, diet restrictions, and several measures to keep them disciplined and on the right track towards the build they are looking for.

From that description alone, I am more than sure that you have been amazed by how intricate the field of bodybuilding is. Unfortunately, it does not stop there.

While it is true that hard work often results in the jacked and ripped bodies that you often see on social media and various posters, there are other instances as well where people tend to take, well, the easy way out.

When you see a colossal dude walking in the street, the first thing that will often come to your mind is that he works out—a lot. However, there would always be this nagging feeling, especially when they are sometimes too big to be true, telling you that there is something behind that physique – and it is not just pure hard work. And, guess what? You are not wrong about that.

Steroid use is expected in the fitness world, and this is because the field demands so much from its participants that sometimes people tend to lose sight of why they are doing these routines in the first place.

It is essentially a get-out-of-jail-for-free card where you achieve such massive gains without putting in as much work as the rest.

Is it bad? Not necessarily. Is it frowned upon? In competitions, yes. Are the users bad people? Absolutely not.

Steroids are just there to enhance their performance, no matter their reason.

Still not convinced that famous people are using steroids? Let us use Chris Bumstead as an example and dissect whether we could speculate regarding his steroid use or not. This is not confirmatory or anything, but it will tackle some of the critical points when figuring out such usage.

Chris Bumstead: Who Is He?

Chris Bumstead is known to be a big guy – and that is something that we could never refute. He is one of the most famous faces in the online fitness community, and he is a Canadian bodybuilder currently within his 20s.

He is known to be one of the youngest IFBB Pro bodybuilders globally, leading to various speculations that he could even be a future Mr. Olympia winner if his current trajectory in this path continues. He bulks up to around 250 lbs. during the off-season, but his competition weight is likewise not that far off at 225 lbs. and 6 ft. in height. Known as the “modern-day mass monster,” he really is one of the best in the field.

According to various sources, the workout plan that Chris employs is a 5-day split separated into routines for the back, chest, and biceps, hamstrings and glutes, shoulders and triceps, and finally, his quads. Considering his current build, it is no wonder that his workout routine is as refined as his physique – mainly evidenced by the allotment of even a single day for his quads alone.

Based on reports, Chris eats six meals per day to maintain his body while preparing for competition and seven times a day to build mass and size during the off-season. 6500 calories in total are consumed by him while bulking up, and 5000 calories are reportedly sourced from healthy and nutritious foods.

Chris once competed in the CBBF – an organization that is apparently known for its strict implementation of an all-natural discipline. However, various reports have shown that the guidelines have become a lot looser in recent years, and it is hard to discern whether Chris has been tested at all in the past.

Signs of Potential Steroid Use

To start this mystery game, let us look at the signs that point towards steroid use.

The deltoid area of the body is infamous for being extremely blown, huge, and rounded when steroids are being administered due to the vast amount of androgen receptors within these muscles – receptors where steroid shots and hormones often bind with to deliver its intended effect.

In the case of Chris, we could clearly see how the 3D-like structure of his delts is almost too-rounded to be natural. Some would even suspect that it is photoshopped by how massive it looks upon examination.

When you are a teenager, your hormones fluctuate like crazy – which is why you commonly get acne during this age as your hormones are still trying to settle down within. Injecting steroids and other growth hormones would skew this balance as well – resulting in similar symptoms.

While Chris does not appear bloated and does not have the characteristic large breasts of a steroid user, Chris, however, does have a mild case of acne on his face. This could be due to an underlying problem, of course, but let us take our chances and place our assumptions towards a more reasonable explanation – intentional hormonal imbalance.

The easiest way to look at a bodybuilder’s size in this context is just to compare them to Arnold Schwarzenegger.

For reference, Arnie weighs 240 lbs. while on steroids while being 2 inches taller than Chris, and Chris weighs 250 lbs. at his height.

With the reputation of Arnie as one of the best bodybuilders of all time who, by the way, may have used enhancements as well – to be bigger than him…well, need we say more?

Steroids are known to increase the body’s core temperature, and this often results in skin color changes where it presents as a red and flushed appearance when examined.

Chris, in this aspect, is cleared as he doesn’t look as red, dark, or flushed as everybody else who is apparently on steroids. However, one must still note that there are other instances where his chest would look flushed – making us wonder if it was just a particular reaction that could be explained by his natural system, or are we looking at a blatant use of steroids that we were just too naïve to understand?

Final Speculation: Natural or on Steroids

While these symptoms are not necessarily confirmatory of any steroid use by Chris himself, we can speculate that he might be or he used to use steroids to improve his performance, considering that the symptoms are relatively consistent with those that you would often find among individuals who likewise use the same drugs.

It does not necessarily denote that Chris is cheating in any way as there is no physical proof of use, but let this serve as an educated guess that could even help you find out if another bodybuilder might be using the same thing…or not.