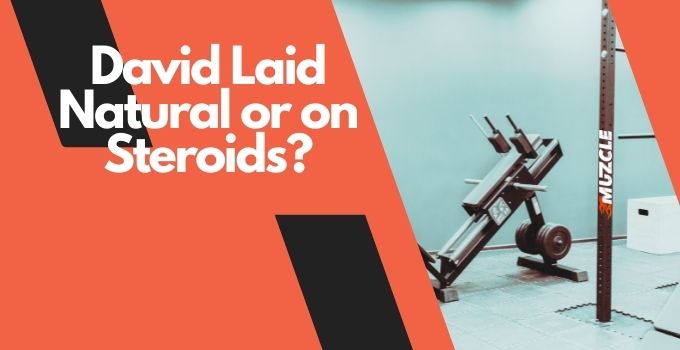 Well, well, it seems like you are once again perusing through the various controversies on the internet – trying to dissect some personalities to identify whether there is something that you could hold up against them. Hmm, are we right to assume that?

I am just kidding, of course! We all love a hot controversy, and this one is an issue that is particularly glaring at us already due to the media coverage that backs this entire issue, mainly because the involved “fitness enthusiast” is relatively vocal about their thoughts regarding this issue.

When it comes to physical fitness, there are times wherein some people would really question whether the time and effort that they are putting into the work needed to achieve “successful” statuses are all worth it in the end. It does get tricky, that we can assure you.

This is precisely why some people opt for some shortcuts: steroids.

Steroids are performance-enhancing molecules that are essentially present in the body already. However, in this case, they are administered in excess to aid the body during its muscle growth processes – allowing athletes, bodybuilders, and other individuals within the same field to achieve states that are usually difficult to accomplish generally without the help of any performance-enhancing products.

Are you curious about how we could tell whether a person is using steroids or not?

Introducing David Laid – a perfect specimen to dissect for this particular context, primarily because he is always outrightly denying any involvement with such products. Is this true enough, or are there any telltale signs telling us otherwise?

Well, let’s dive into that, shall we?

David Laid, a social media sensation that became viral after posting his extreme body transformation on YouTube, is a well-known bodybuilder who surprisingly obtained extreme gains within three years.

Background in bodybuilding or none, that weight, in the eyes of anyone, is plain-out massive – and that in itself is a feat on its own.

David Laid is a bodybuilder, fitness model, and social media influencer that went viral on YouTube after posting his fitness journey and how he could obtain an unbelievable build that is just so amazing to witness.

According to various sources, he was 5 ft. and 7 inches tall before starting his fitness journey, with an average weight of 98 lbs. by the start of the video that he uploaded. However, after 3 years of grueling training and lifting, he achieved his current stats of 6’2” and 190 lbs. – doubling his initial body and muscle mass and growing significantly taller throughout his training phase.

Granted, of course, that time was still within his growth phase, but it was still impressive nonetheless.

The YouTube clip he posted online has already reached over a million views. Such a transformation apparently inspires many people due to how a previously “anorexic-looking” boy could achieve such heights within such a short timeframe.

What is even more surprising about this is that he was reportedly diagnosed with scoliosis before starting his fitness journey – making everything that the world has witnessed even more inspiring to many people who constantly have difficulties pushing through. Apparently, if he could do it, others thought, “why couldn’t I do it too?”

That’s an enjoyable thought process, and it sure does highlight how fitness journeys always start with the motivation, confidence, and inspiration to move forward and reach that goal.

In a particular video that David himself posted online, he talked about the use of steroids and how he denies that he used steroids to speed up his improvement process – claiming that his gains are utterly natural despite the community’s disbelief in how he quickly rose to such ranks. When asked about whether he ever considered using steroids, he mentioned that it has “ended up not being worth it at any point.”

Apart from this, David also “condemns” two types of steroid users: those who claim to be all-natural when they are, in fact, not, then try to sell their products to promote that all-natural mindset to other enthusiasts, and those that compete in drug-tested organizations despite knowing that they are using steroids to boost their performance.

While David Laid does not necessarily fall under any two of these categories as he is not selling any products and is instead earning his income from sponsorships. He is not competing in any well-renowned bodybuilding competitions; it is interesting enough to see whether this is just a clever ruse to divert the attention of critics elsewhere.

Without a doubt, David Laid is just well-built and shredded beyond belief, and that is something that no one could ever refute. To obtain a more profound understanding of what he does to maintain his physique, he constantly does 635 lbs. of sumo deadlift and 390 lbs. of bench presses.

By the age of 17, he was already doing 315 lbs. of bench presses – showing just how solid and ridiculous his strength is at such a young age.

Any Significant Symptom of Steroid Use

Upon examining David Laid, he does not show any significant symptoms of steroid use that are often utilized as the “telltale” signs of steroid use, such as gynecomastia or the enlargement of the breasts.

The “fullness” of his muscles is relatively evident (due to fluid retention) and can be observed, but this could likewise be due to the photos being taken while he was in the middle of a training cycle.

However, despite not having these symptoms, one should still look into other characteristics that undoubtedly highlight this transformation’s unnatural aspect.

The “Half Natty” Brand

This is not necessarily evidence-based per se, but it does add a little comedic relief to this entire context.

David Laid once arrived at the Arnold Classic Expo wearing a hoodie that said, “Half Natty.”

If you are not familiar with the term, it essentially means that you are not 100% natural or are using steroids. It might be a reach to include this for the criteria, but it does get you thinking about what he’s trying to pass off as comedy.

Let us talk about his size. David does not have a lot of muscle mass, but he looks enormous due to how well-built he is. In essence, he is shredded. Does that come with steroids in most cases? No.

With the right genetic makeup, and enough dedication and perseverance, anyone could achieve that build.

Attitude Towards the Issue

His outright denial would always raise more eyebrows than answering questions, mainly because people question his attitude towards this particular context.

He came into his defense, saying that steroid-using athletes are not bad people for doing so – showing that he is simply speaking from his values when it comes to this issue.

The foolproof way that is perhaps not convincing anyone within the community that he is natty is the timeline of his overall growth.

From starting during the age of 14 and reaching these statistics by the age of 20, it is clear that the amount of muscle that he gained from lifting weights could be just over 70 lbs. in total – a value that is extremely high to achieve within such a short timeframe, even if you are just naturally gifted and were just placed at the right training program at the right time.

Other factors aside, one could really not deny that the rate at which he grew is simply unbelievable, and perhaps it is justifiable for people to refute his claims.

The Verdict: Natural or Steroids?

With everything taken into account, particularly the timeline with which he gained such enormous muscle mass, it can be concluded that David Laid may have been, in fact, a steroid user now or in the past.