If you don't know who Bill Pearl is, you're about to find out.

As a bodybuilding fan, or even as an avid gym-goer, you've likely heard of the legend himself, Arnold Schwarzenegger. Many think that Arnold was the first true bodybuilding superstar, but guess who trail-blazed his path.

Bill Pearl had an incredible physique, and he was indeed a cultural pioneer in the movement towards turning body-sculpting into a sport. As a competitor, he earned the title of Mr. Universe 4 times over! This was decorated with several other notable trophies and first-place finishes, as well.

Are you starting to second guess diving into a Bill Pearl workout now?

In fact, many dubbed his approach to working out to be a marathon approach because it seemed like his workouts would just never end.

However, the most attractive part of Bill Pearl wasn't his trophies; it wasn't the fact that he was a published author, nor was it his commitment to the gym. What was most attractive to the masses was the fact that, while his physique was out of this world, it still had an impression of attainability.

Unlike today's modern bodybuilding era, where the open division is packed with monsters and unrealistic physiques, Bill Pearl's physique was simply beautifully sculpted.

As mentioned above, it's widely accepted that damn near every competitor who steps on stage in today's modern bodybuilding era has taken some form of performance-enhancing steroid in their preparation.

While Bill Pearl was noted to partake in the same consumption of drugs late in his career, the foundation of his impressive physique was developed through natural means consisting of hard work, long hours, and strategic exercise routines.

So, what does Bill Pearl prescribe as a methodology similar to his? Well, it depends. In the history books, Pearl offers up programs and tips that pertain to a whole host of individuals.

His workouts have ranged from full-body workouts to focusing on a single muscle group and lifting weights/low reps to lightweight/high reps.

With that said, below is a quick itinerary of what this article will include so that you know what you're getting into!

In this article, we'll:

Let's get into it!

In this section, we're going to focus on a Bill Pearl Special – the full-body workout regimen.

Not only will we discuss each exercise and how to perform it, but we'll also prescribe sets, reps, level of perceived effort, weight, and more!

Without further ado, here is the Bill Pearl full-body workout:

Above is a templated Bill Pearl workout that includes both the exercises and the working sets and reps prescribed. With that said, this does NOT have the necessary warmup sets.

So, before jumping straight into the workout, be sure to take your time to warm up each muscle and work up to your working weight. Then and only then does your three working sets of 12 begin.

So, now that you have an idea of what to expect during a Bill Pearl workout, it's now time to make sure you're comfortable performing each movement correctly and efficiently!

In this section, we'll walk you through each workout, linking to a tutorial video for further instruction. Let's get into it:

The fantastic thing about a leg extension is that it's widely performed via an assisted machine. By utilizing a machine, you almost automatically perform the exercise safely, effectively, and, most importantly, correctly.

Simply sit at the end of the machine, placing the tops of your feet under the footpads. From here, you want to point your toes, tighten the core, and begin to engage your legs upward until they are parallel with the floor. This effectively squeezes and engages your quads. Lastly, lower your legs back to the starting position in a controlled manner and repeat!

The barbell bench press is a fan favorite! Not only does it assert some type of dominance in the hierarchy of fitness and bodybuilding, but it also results in extreme results for the pectoral muscles.

To perform an effective bench press, lie flat on the bench, back slightly arched, and feet flat on the floor. Find a nice neutral grip that works for you. Slightly tucking in your elbows, you'll begin to lower the bar to the chest in a controlled manner. Once you reach the chest, exhale and explode the bar back to the top/starting position.

See also  How to Build Bigger Abs - The Complete Guide

A couple of quick tips: Be sure to keep your butt on the bench, remain tight throughout the core and posterior chain, and keep your head on the bench at all times to ensure utmost safety.

With this exercise, you're going to want to grab two dumbbells of moderate weight relative to your strength and ability level.

Keeping the dumbbells shoulder-width apart, thumbs facing each other, you'll pull the weights up towards your chin. Be sure to keep those elbows out and to the side throughout the movement. After a quick pause, begin to lower the weights back to the starting position in a controlled manner and repeat!

Placing your hands on the bar about shoulder-width apart (8-10 inches) will be the starting position. Take one big step back from the machine until your arms are straight and extended in front of you. Preparing to engage the movement, inhale, and pull the bar straight down, keeping your arms locked. You will complete the movement once the bar touches your thighs.

Simply repeat this movement in a controlled, hypertrophy-intended manner!

Time to tackle the shoulders! While there are technically three heads to the shoulder, a shoulder press is a movement that can hit all three at once! It's arguably the best shoulder exercise one can do.

To engage, we're going to want to sit upright on a bench (with a backrest), engage our shoulder blades, and puff out our chest. Once you can get the two dumbbells up and rest on your shoulders, it's time to get them up. To do so, be sure to have your feet firmly planted on the floor, elbows slightly tucked inward, and simply press up to the sky! As all exercises, begin to lower the weight in a controlled manner back to its starting position and repeat.

This movement is a unique one and can be accomplished with one dumbbell or two dumbbells, and can also be performed lying down OR standing up.

Nonetheless, the movement remains the same at the most basic level. Lower the dumbbell(s) behind your head in a semicircular motion until your forearms and biceps touch. Once you're ready to finish the movement, return the dumbbells to their starting position using the same path and exhale. Breathing is just as important as the movement itself!

The bicep curl is everyone's favorite exercise! However, the bicep is quite a small muscle in comparison to the rest of the body. In fact, the tricep head is what truly makes your arms look large, not the bicep.

Nonetheless, the bicep can't and shouldn't be ignored. To perform, grab the barbell shoulder apart. With slightly bent knees, chest high, shoulders back, and feet planted, simply curl the bar towards the chest without officially resting the bar at the top. Keeping the muscle under tension, slowly lower the bar back to the hips and repeat!

With this movement, there is no equipment needed! Simply lay on the floor with your legs raised either in the air or on top of a sturdy object (bench, chair, etc.). Once you're in the correct position, simply engage your core and curl your torso towards your knees! It's that easy.

Last but not least, it's time for a finisher, and yes, it's another leg exercise! Our legs consist of the largest muscles in our body, so it's essential to build that base to carry over to the rest of your body.

As mentioned earlier, machines are great for automatically placing you in the correct position. Your only job is to complete the movement correctly!

Simply lay face down on the bench, place your heels under the pads provided, and curl those heals back towards your butt! In a controlled manner, lower your legs back to starting position and repeat.

A couple of tips: Try not to raise your hips to the sky. Don't arch your back too much. And finally, try to find a mind-muscle connection with your hamstrings while performing this movement.

While this article is intended to simply provide you with an example of a typical Bill Pearl Programmed Workout, it's essential to follow the tutorials provided as well!

While a program is perfectly effective to follow, it's worthless if you don't perform the exercises correctly.

If you enjoyed this article, please feel free to share it with your friends and social communities! Thanks for reading!

Check out what is Power Bodybuilding and how to do it. 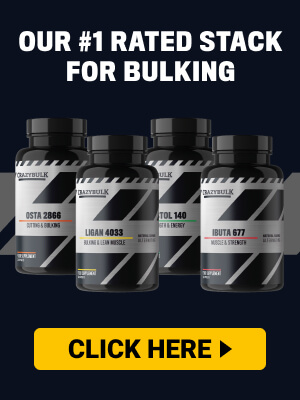