The weight loss journey is always long and arduous. A lot of people who have followed a ketogenic diet strictly and successfully know this by heart. Attributing weight loss simply to the keto whoosh effect may either be too simplistic or inaccurate.

The whoosh is often explained as a phenomenon that happens when cells lose fat and get filled with water. The weight loss from fat reduction won't be noticeable until the body gets rid of the accumulated water. This is believed to explain the sudden significant weight loss experienced by dieters.

Again, many articles on the web explain the whoosh effect as simply the collapsing of fat cells once water is finally flushed out. This is only half true. Contrary to these simplistic explanations, the body doesn't just fill itself with water whenever it burns fat. Also, studies show that there isn't enough correlation between the resulting amount of fat cells and weight loss (1).

What's proven, though, is that water retention is enough reason to prevent a person from shedding pounds (2). This is a problem usually associated with significant changes in dietary consumption, as well as hormonal shifts and imbalance. Being sedentary, or something as simple as sitting for several hours may likewise cause the issue.

Water retention is reduced and may even be avoided when you take steps towards adopting a healthier lifestyle. Assuming that you've actually been burning fat these past few days or weeks, beating water retention and getting rid of the excess fluids in your body will lead to a noticeable drop in weight—and this is what the whoosh effect is all about.

There's a belief, however, that the cells themselves draw in water whenever fat is lost, meaning water retention may also be triggered or worsened by the body's attempt to maintain balance—as implied by inaccuracies in clinical readings of fat content (3). In other words, the whoosh may partly be due to the process of homeostasis, and that water eventually gets released.

Diet and the Keto Whoosh

Keto emphasizes limiting carbohydrate intake. Given how the typical diet is loaded with carbs, this shift in food choices can lead to water retention.

Compared to proteins and fats, carbohydrates are a more expendable source of energy. Less carbohydrate taken in means your body is forced to rely on another fuel source—and in the case of keto, it's going to be your fat stores (4). As you burn lipids, your body could end up taking in more water to maintain homeostasis or a state of balance.

Often when dieters hit a plateau in their pound-shedding pursuit, they find themselves in the brink of the whoosh effect. The same can be said for those who gain weight despite following the diet strictly.

So, how exactly will you know that you're facing the whoosh phenomenon? Although things may differ from one person to another, these signs do manifest in most cases:

Weeks leading up to the whoosh, dieters are likely to experience weight gain. This will be followed by a brief yet sudden weight loss. This is even as you go through your diet and exercise routine faithfully.

Dieters will notice the need to urinate frequently throughout the day. There are times when you even have to wake up in the middle of sleep just to pee.

Sweating is one way that the body gets rid of excess fluids. So, if you've been sweating profusely at night as of late, you might actually be experiencing the whoosh.

Another less pleasant way that the body flushes out fluids is by inducing diarrhea. However, since this symptom may also be due to a much bigger problem, it's still best to consult your doctor about it.

Despite being a widely discussed issue among keto enthusiasts, some are yet to get the whoosh firsthand. There are several reasonable explanations for this, even in the context of those who've been on a diet for several weeks or longer. There may be a problem, and there may be none.

Check if any of these reasons are applicable in your case. After this, you can decide what steps to take. Dieters should remember that they should first achieve a state of ketosis, burn calories through exercise, and patiently wait for the whoosh effect.

Ketosis is a state where the body sources its energy from previously-stored fuel, which in this case, is fat (5). The body is forced to activate this untapped energy resource to get through the caloric deficit it's currently facing.

The state of ketosis is activated by limiting carb consumption and by decreasing overall caloric intake. A body in this state produces ketones to manage energy expenditures within the day. Ketones are naturally occurring compounds associated with mental clarity and better sleep.

This production of ketones, however, potentially leads to fat cells storing water. On the flip side, if the body isn't under ketosis, the fat cells will not retain water. This lack of pre-determining condition prevents the keto whoosh from happening.

How do you know if you're in a state of ketosis? The presence of ketones in the body can be measured through three methods:

Breath meters can measure the presence of ketones through, well, your breath. If you don't have a breath meter, you could at least check for a strong acetate smell that's similar to alcohol or fruit scents.

Urine test strips measure ketones excreted through the urine. These test strips can confirm the presence of acetoacetate, which contains excess ketones (6).

If there are few ketones released in the urine, it means that the body is already in a state of high-ketone production and that there are limited amounts of glucose in the blood.

Blood meters are more accurate than breath meters and urine strips. They give a direct count of ketones in the blood, up to concentrations of 3.0 millimoles per liter (7). As you can surely imagine, though, they're the least convenient option, and they're quite expensive as well.

A typical starter kit can cost up to 60 USD, and there's the need to buy additional test strips and control solutions (for calibration).

The starvation process leads to a caloric deficit. This deficit is a condition required to induce ketosis. Make no mistake. We are in no way saying that you should be starving yourself to get your body in a state of ketosis.

A caloric deficit means you burn more calories than what you take in (8). The best way to get to this is by sticking with the principles of keto and following a suitable exercise routine. No, you neither have to starve yourself nor exert yourself to exhaustion day in and day out.

Exercise routines don't have to be (or rather, shouldn't be) high-intensity and time-consuming. Keto routines emphasize light weight lifting, aerobics, yoga, and daily walks. You simply need to engage in physical activity that's a bit more than what you're used to.

Once you've managed to achieve the right degree of caloric deficit, your body starts to burn fat actively. This is followed by the fat cells attempting to retain water for energy expenditure—and there's the water retention that comes with your shift in intake as well.

Once these occur, the whoosh effect is soon likely to follow.

Like in many other self-improvement endeavors, patience is critical. If you've been doing things correctly and yet nothing is happening, it's likely that you are in a state of ketosis but is almost in the whoosh phase. You just need to wait a bit more.

The typical weight loss plateau tends to last anywhere from a few days to several weeks. Dieters should be patient enough as they hit the plateau, knowing that soon enough, the keto whoosh will likely follow—along with the reveal of the pounds they have shed.

Weight loss plateaus can sometimes be evident. If you're suddenly feeling rather bloated and there seems to be a bit of weight gain in your belly or similar areas, you have probably hit a plateau. 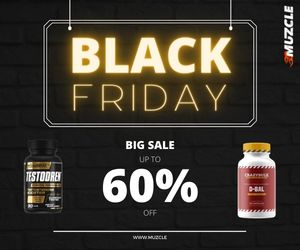 It is not advisable to trigger the whoosh just to get the dramatic weight loss effect that comes with it, but it is possible. The secret to inducing the whoosh is something that you won't expect—taking in huge amounts of calories in one sitting.

Obviously, eating lots of food in a single meal isn't in line with the whole concept of your weight loss journey. It follows that by eating more food, you gain heft rather than lose it. A single high-calorie meal can, however, flush out the water retained by your fat cells.

In one study, test subjects maintained a strict low-calorie diet (9). Halfway through the diet phase, the patients were served with a high-calorie meal. The serving was so big that it was already twice of what the subjects were given daily.

The researchers noted that the patients had to get up at night to pee. In just one night, most subjects managed to shed lots of pounds. Simply put, you can trigger the whoosh by having one giant meal. That is provided that your body has already entered a state of ketosis.

Wait for the Whoosh Effect

So, there's everything you need to know about the whoosh. It isn't something as simple as water accumulation whenever there's fat loss—although that's part of it. Water retention, as a whole, contributes to the occurrence of this phenomenon.

And, as you've learned, it isn't as mysterious as it seems, despite not being fully understood. You can check for signs to know whether it's happening or soon to occur. Also, in the case of keto, the whoosh occurs mostly due to ketosis and thus is unlikely to occur if you're not following the diet properly.

Although it finally lets you see the results of all your hard work, the keto whoosh isn't something you should forcibly trigger. Besides, eating large amounts of food in one sitting may trigger future cravings. This may mean being unable to stick to the diet that you have worked hard to follow. 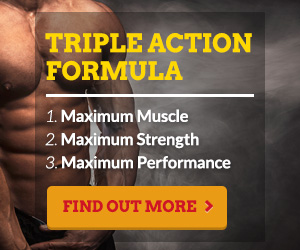