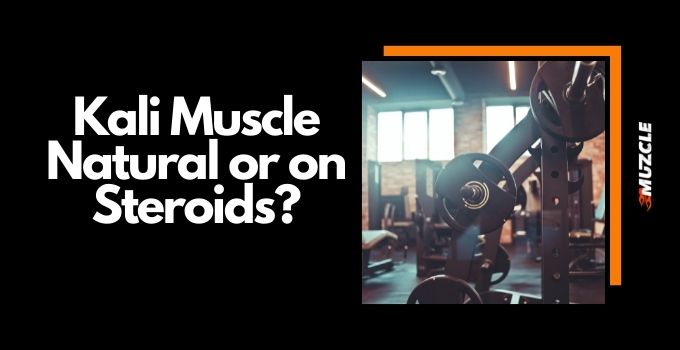 The world of bodybuilding is exceptionally complex and challenging, to begin with – and that is something that no one could ever refute.

Sure, sometimes it is only the good things that are being displayed to the public, especially during competitions, but what most people are unaware of is the work that goes into the development of their routines, the effort it takes to follow that particular plan and adhere to it for months on end, and the strain it applies on their entire being, both physically and mentally throughout the improvement process.

It is, by no means, easy, and we want to establish that from the get-go.

Now, when talking about the competitive world of bodybuilding, several well-known personalities have established the name of bodybuilding in the world – encouraging more people to partake in the activity and challenge their own bodies to reach the highest limit that they can achieve.

Sure enough, this goal is still being realized today by many – highlighting new individuals every year who seem to defy the previous conceptions that we had regarding human strength.

The competitions being performed are expanding the capabilities of humankind – and for that alone, bodybuilding has challenged our previous limits and shown that with determination and perseverance alone, anyone could brave the higher platforms.

Or so we thought.

The Negative Connotation of Steroids

Remember how we said that bodybuilding challenged everyone to be better than the last? Well, that is sort of true, in the sense that some tried to be better no matter what the cost.

This is where steroids come in.

By now, I am sure that you know full well what steroids are, and I hope you are aware that steroids are not necessarily all that bad. Sure, it does provide some severe but rare side effects, but it is generally safe when used correctly.

However, the issue at hand is the loss of integrity that is often associated with it.

Steroid use is frowned upon because it circumvents and seemingly discredits the effort of those who decided to go all-natural in developing their body. Essentially, you got there in minutes while some took hours – although, of course, in non-metaphorical terms, you are ahead by years from your other competitors.

Do you want to know how we can figure out if someone is using steroids or not? Let us dissect Kali Muscle in this context.

A Background on Kali Muscle

Kali Muscle is a professional bodybuilder that is just ripped and well-built to the limits – showing defined abs despite his bulky and rugged body that screams strength. Although Kali Muscle is not that tall at 5 ft. and 9 in. of height, his weight of 240 lbs. is just ridiculous to think about.

It might even be too absurd and massive that one might have to wonder – is it really possible to obtain such gains, with such a lean body fat percentage, at such a height, without using any performance-enhancing products?

Well, maybe we’ll learn if it is rightfully so along the way.

Kali Muscle, a 43 year-old man born in Oakland, California, in 1975, is a professional bodybuilder who previously experienced abuse at the hands of his stepfather.

To avoid getting into trouble, he would often stay in the gym to work out after school rather than simply hang around the streets within his neighborhood which was known as a hotspot for criminal activity.

In terms of his academic performance, he admittedly fell short, but he became so good in football that he was offered to attend Fresno State to play college football. However, when life seemed to be going good for him, his brother was killed, and he then fell into the wrong crowd – leading to him being arrested for robbery and spending 11 years in jail.

Admittedly, life in jail for Kali was awful, and we could all agree that it would be for anyone who is bound to spend 11 years of their life behind bars. However, this time inside lit up his passion for fitness, and this is where he was forced to develop his own workout routines, which were mainly based on plyometrics. He then followed the plan religiously, molding his body to the point where it was almost as it is today.

After prison, he decided to turn his life around, started lifting weights, created a nutritional plan for his diet, and signed up for bodybuilding competitions to ensure that he always had a goal. He won the Mr. California contest in 2012, and he even wrote a book titled Xcon to Icon. Kali now boasts 2 million followers on his social media channels – with YouTube being one of his most successful platforms.

Claims About an All-Natural Lifestyle

Kali always claimed that he was natty, but it raised more questions about whether he actually is. He always claims that he is all-natural and that using steroids while in prison is just impossible, to begin with.

Fame would sometimes be replied with hate, which occurred when some YouTubers accused him of using steroids despite his claims against using it. In fact, they even mentioned that he recommends steroids in exchange for money.

One thing that we could perhaps hold on to regarding his natty status is that he competed in the NPC – a competition organized by an all-natural organization. Naturally, he would have had to be tested for steroid use, but recent reports have shown that NPC does not always do so, and they even tell athletes when they would be tested. Point one to further ambiguity, I guess.

Potential Indicators of Steroid Use

Sure, Kali’s physique is massive, but he does have a pretty particular characteristic known as an HGH gut, or essentially, bloating. This is often caused by the fluid retention effect of human growth hormones, resulting in the expansion of organs and evident bloating within Kali’s abdomen. Coincidence? Let’s find out more.

While this can be attributed to his genes and predisposition to balding, photos of Kali after he was released from prison show that his hair was starting to thin – a side effect of large doses of testosterone. This could always be reached unless proven otherwise, but the public has every reason to question this occurrence as well.

When looking at Kali’s physique, the primary thing that you might notice sometimes is that his shoulders or delts are out-of-proportion. Kali claims that this is due to targeted training, but many bodybuilders know that steroid use would always result in this effect due to several androgen receptors within these muscles.

Androgen receptors are the sites steroid injections use to deliver their effect – meaning, more receptors = more incredible outcome/result. It could always be due to his targeted exercise, but the facts are not necessarily ruling in his favor at this point.

Natural or on Steroids?

While these are all speculations based on evident facts and can only be proven otherwise with the proper test, Kali Muscle appears to have used or is currently using steroids to achieve his physique.

With the unnatural features and association between his presentations and common indicators of steroid use, thinking otherwise seems counterintuitive and might even be dismissive to a point.