Allulose is a relatively new sugar substitute gaining popularity among ketogenic diet followers and diabetic people. While highly popular, many keto dieters still ask if allulose-based sweets can safely be included in their meal plans.

This article will present what allulose is and how it is created to ultimately answer the question, “Is allulose keto-friendly?”

Allulose is a sugar substitute that is naturally present in select food such as corn, jackfruit, raisins, wheat, fig, and dates. It is also known as the “rare sugar” and is called D-psicose in chemical terms.

Allulose is classified as a single sugar with a chemical formula that highly mimics fructose. The only difference of allulose from fructose is the arrangement of their respective oxygen and hydrogen atoms. This uniqueness distinguishes the two sugars and signals the human body to process each one differently.

When a person ingests allulose, the body absorbs it but doesn’t metabolize it. 70% of allulose gets absorbed in the bloodstream, but it is excreted through the urine before it is metabolized as an energy source (1,2).

This sugar substitute has a taste that’s almost at par with table sugar. Allulose contains about 70% of the sweetness of table sugar (3). It is also highly soluble, making it an ideal sweetener for large-scale food processing.

In terms of calorie count, allulose is among the ones with the lowest. One gram of this sweetener contains only 0.2-0.4 calories. Table sugar, on the other hand, has four calories per gram.

How Is It Made?

Allulose is created by removing fructose from certain food products and treating it with enzymes to convert it to its allulose form (4).

Most of the allulose used in food products today are extracted from corn. The exact process of creating allulose is challenging to pinpoint since most manufacturers tout it as a “trade secret.” However, what is sure is that most commercially available allulose comes from treating the fructose extracted from fermented corn.

Japanese researchers are the ones credited to have discovered the enzymatic method of mass production of allulose coming from fermented corn fructose.

Since allulose is found in limited quantities in a small group of foods, methods to create it from scratch are continuously researched and developed. Among these technologies is the use of a simulated moving bed (SMB) process (5) and the use of Escherichia coli cells (6).

Allulose is often manufactured in powder form, similar to the usual appearance of table sugar. But some companies sell allulose in syrup form.

Where Can Allulose Be Safely Used?

The US FDA granted allulose its Generally Recognized as Safe (GRAS) status (7) to inform the public that the sweetener can safely be consumed in foods and beverages.

Allulose can be safely used in a wide variety of food products. This includes the following:

Allulose in Current Commercial Use

A few companies have started creating and manufacturing allulose in powder and syrup forms. They make allulose that’s commercially available to Asia, UK, and the USA.

Ingredion Incorporated, a global ingredient provider company, recently announced a partnership with Matsusani last December 2018. Their goal was to expand Astraea Allulose to Europe and the Americas, starting with Mexico.

In light of the current hype for allulose use, more companies worldwide have devoted time and effort to researches how to make allulose on a large-scale basis for commercial use. We’ll expect to see an upward number of companies offering allulose to consumers as the years go by.

All the clamor for allulose has excited keto dieters who don’t want to sacrifice their ketosis state and the usual sweet taste of their desserts and drinks. They want to know if they can safely include allulose to their ketogenic diet regime.

Allulose is indeed a low-carb alternative to table sugar. Hence, it can safely be used by keto dieters to add sweetness to their keto-approved desserts and drinks.

The net carb content of allulose is almost negligible compared to those of table sugar. A teaspoon of table sugar contains 4 grams of net carbs, while allulose has less than 1/3 gram per serving.

Hence, it is perfectly fine to substitute allulose for table sugar, as using it will not negatively impact your net carb intake for an entire day.

Just remember that moderation is still crucial even if allulose is almost a no-carb sugar substitute. Unmindful allulose use can still add up to your net carb intake, and you might go overboard the recommended 20-50 grams of net carbs per day.

The high carbohydrate content of table sugar could send you off from ketosis if you’ve been following the ketogenic diet for a while. Table sugar (sucrose) can give you blood sugar spikes (8) that can quickly remove the body from a state of ketosis.

However, this is not the case with allulose. This very-low-carb sweetener does not cause blood sugar spikes (9) because the body doesn’t perceive it as a carbohydrate. Thus, it can be safely consumed even if your body is under the ketosis state.

Think you’ll miss out on the sweet taste of table sugar? Allulose is perceived to be 70% as sweet as the usual sugar, so you’re not sacrificing taste here, especially if you are a sweet tooth keto dieter.

Another factor that makes allulose attractive to keto dieters is that they never have to settle for stevia sweeteners again. While stevia is an excellent sugar substitute for a ketogenic diet, it has a bitter aftertaste that leaves most people unsatisfied. Allulose doesn’t have any aftertaste, making it more palatable to most people’s taste buds.

Health Benefits of Allulose for Keto-Dieters

Allulose use offers a wide variety of health benefits for ketogenic diet followers.

As previously discussed, allulose does not raise blood sugar levels as table sugar does.

Studies conducted both in healthy humans (10) as well as animals, specifically dogs (11), both found out that other sugar types like glucose and maltose increased sugar levels in the blood, but allulose keeps it to a minimum.

The results of these studies also suggest that allulose may play a role in lowering blood sugar levels when administered after other sugar types.

Allulose is thought to help stabilize blood sugar by binding to the beta cells of the pancreas and providing them some protection (12).

Beta cells are responsible for producing insulin, which regulates levels of sugar in the blood (13). These cells get damaged whenever blood sugar levels uncontrollably rise. To stabilize blood glucose levels, protection, and preservation of the beta cells’ function is a must.

A study conducted on Korean subjects concluded that those who were given high doses of allulose twice daily had fewer amounts of abdominal and subcutaneous fat in their bodies. Body mass index (BMI), fat percentage, and overall fat mass also decreased significantly (14).

One study was done on mice also found a reduction in total fat mass due to the consumption of allulose for 15 weeks. The study ultimately concluded that allulose intake might help prevent and improve symptoms of obesity in humans as well (15).

Another study on mice with induced obesity found that supplementing their diets with allulose for eight weeks had less weight gain and fat tissue compared to those who were fed with other sugars such as erythritol and sucrose (16).

The development of fatty liver is linked to type 2 diabetes and insulin resistance. Since allulose has shown positive effects in preventing and controlling symptoms of these illnesses, it may also indicate the potential to improve symptoms of fatty liver disease.

There are promising mice studies that show allulose’s potential to protect against fatty liver disease.

This particular mice study found out that allulose decreased the lipid-creation abilities of the liver (17). Slowing down the creation of fats in the liver contributes to the prevention of fatty liver disease. Apart from that, the study also saw better fatty acid oxidation and improvement in liver enzyme activity.

A diabetic mice study showed that allulose could significantly decrease cholesterol concentrations in their livers (18). Glucose tolerance also improved in the mice subjects.

While these two animal studies seem promising, human studies are yet to be conducted. Nevertheless, the positive results encourage those with liver problems to give allulose a try.

The safety of long-term allulose ingestion has been determined by both animal and human-based studies.

This study done with rats concluded that continuous allulose intake for 90 days did not pose any significant health risk to the subjects (19).

Meanwhile, this human-based study, which followed allulose users over 12 weeks, found no clinical problems and adverse effects on the subjects’ health (20).

While it is deemed safe by the US FDA, it is yet to be approved by the European Union.

Table sugar has long been the culprit of dental caries. The more you consume table sugar, the greater your chances of having dental caries (21).

However, if you take allulose instead of regular table sugar, you decrease the chances of having dental problems and improve your overall dental health.

Oral enzymes cannot break down allulose as it does with regular sugar. Hence, oral bacteria cannot feed on allulose, hindering them from creating dental caries.

Including Allulose in Keto-Friendly Meals

Now, you’ve learned about the various health benefits of allulose for keto dieters. It’s time to include this sugar substitute in a keto meal plan, but how?

You can simply use allulose like you would regular sugar. However, keep in mind that you might need a bit more to achieve the same sweetness level as sugar. An ideal ratio to try is replacing a cup of table sugar with 1 1/3 cup of allulose powder.

Allulose doesn’t crystallize as erythritol does. Hence, it makes the perfect sugar substitute for keto-approved desserts such as caramel sauces and low-carb ice cream. You may also use allulose as a caramelized topping for various low-carb desserts.

Allulose is indeed a keto-approved sugar substitute. It is low in carbs and calories, making it ideal for high fat and low-carb keto meal. It does not affect blood sugar levels, hence, making it safe for people who are currently on a ketosis state.

Allulose is considered a rare sugar because it can only be naturally found in select foods. However, commercial allulose preparations are created by extracting fructose from corn and turning it to allulose through enzyme processes.

A few manufacturers have already created allulose powders and syrups, and some health foods already use the sugar substitute in place of regular sugar.

There are several health benefits attached to allulose use. Most of them have been verified by both animal and human studies, but continuous research is in the works since allulose is just a newly-discovered sweetener. Nevertheless, its safety has already been established in the scientific world.

To sum it all up, the answer to the question “Is allulose keto-friendly?” is a resounding yes. Be sure to use this sweetener in moderation even if it is guaranteed to be low-carb and keto-approved.

Allulose is changing the way keto dieters enjoy their desserts, so why not give it a try? 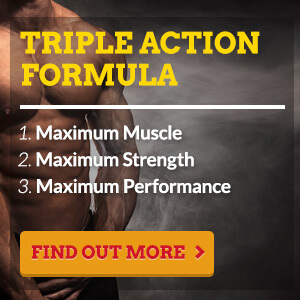